Despite its gritty texture, the dirt supporting our feet and farms is far from indestructible.

“Soil is a very thin mantle or layer between rock or unconsolidated material in the atmosphere. Because it is such a thin layer, soil is also very fragile and can be easily damaged or even destroyed,” write soil experts Sjoerd Duiker and Joel Myers in a paper advocating “no-till”.

No-till or “zero tillage” means avoiding disturbance or compaction. A great way to achieve that aim, experts say, is vertical tillage (VT), which does away with sideways sweeps. No shear and smear or “plow pan” that undermines yield. Leading VT brands include Salford, Case IH, EarthMaster, Great Plains and Kuhn Krause.

The last claims to have revolutionized the vertical tillage space with its Excelerator 8005 which “provides exceptional residue cutting, soil and residue mixing and seedbed preparation in one pass, utilizing an exclusive four-step process.” The device also excels at downsizing clods and leveling soil, among other touted pluses.

Another impressive VT tool, the Bellota VT-REX comes with a welter of super-sharp blades. According to the brochure, as the blades which have been honed for vertical tillage wear, they actually become more efficient or “aggressive”, according to Bellota whose motto is “ground excellence worldwide”.

Across America, the health of the plains that no-tillage machines address varies sharply, depending on location, says Humberto Blanco—Associate Professor of Soil Science in the agronomy and horticulture department at the University of Nebraska–Lincoln.

While water and wind erosion concerns have declined relative to the Dust Bowl era, the extent of the soil erosion and degradation is site-specific,” Blanco says, referencing the 1930s drought.

Sloping fields in the Midwest and soils in semiarid regions with low organic-matter content undergo degradation and decreased productivity, he tells AgriExpo e-Magazine. Now, however, he says, soil health is receiving increased attention with a view to making soils more productive or sustainable.

Declining to comment on particular no-till brands, he highlights the value of coulters—vertical cutting blades fixed in front of a plowshare, and discs with a zero-degree gang angle or harrows. “Tools that vertically slice soil without overturning soil can also work; less aggressive tillage tools can work,” he says.

Avoid using a moldboard plow, which gouges out a deep furrow on each pass, leaving high ridges either side. Of all tools, a moldboard plow reaks the most disturbance, Blanco says. 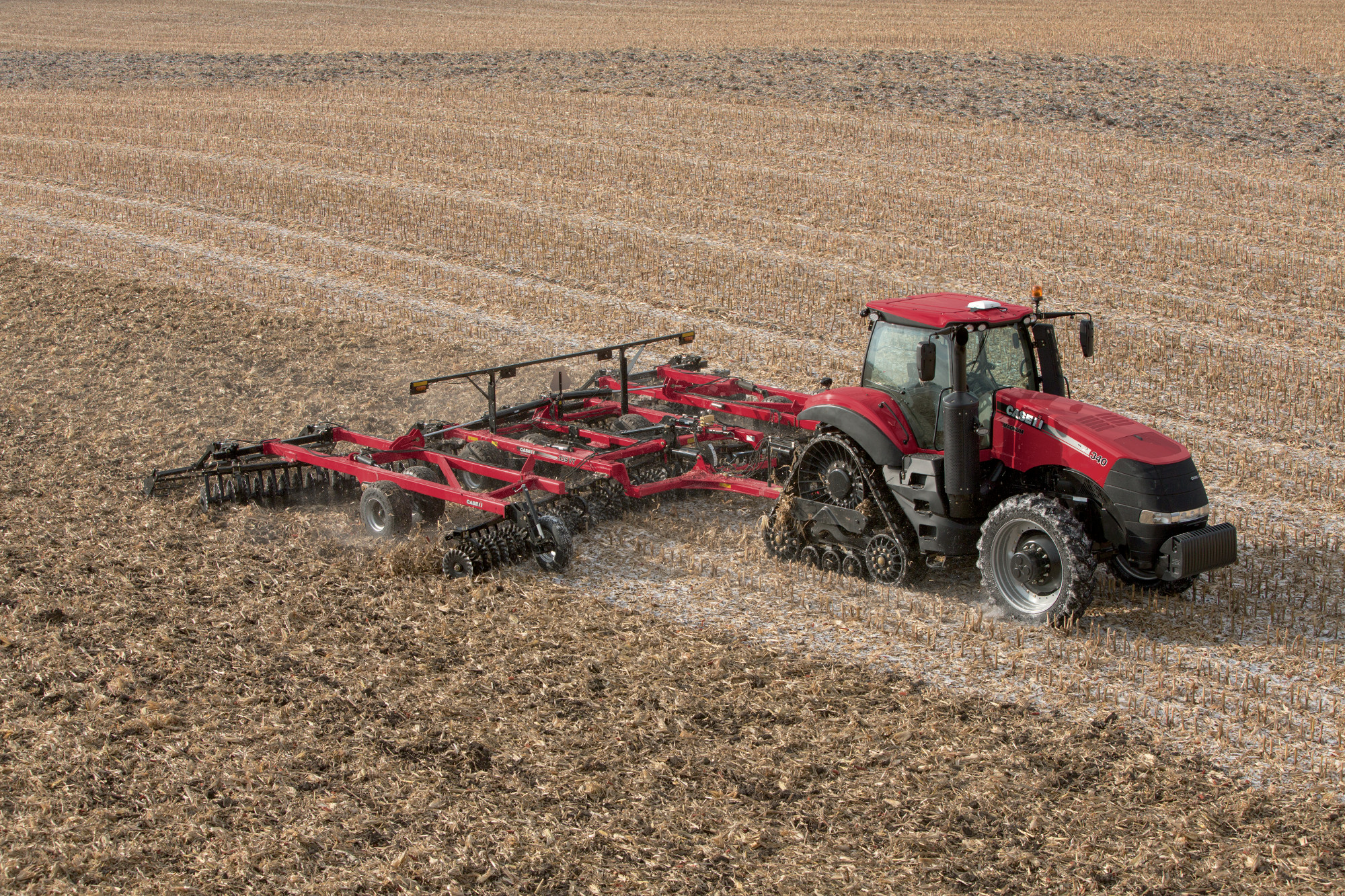 Agronomist DeAnn Presley echoes his viewpoint on moldboards. “When they are lifting, for every action, there’s an equal and opposite reaction, so they’re lifting up and flipping over a large amount of soil,” says Presley—Associate Professor in environmental soil science and management at Kansas State University—, warning of pressure and smear.

Generally, she adds, discs with marked concavity, about two inches, lift and drop a lot of soil, increasing compaction. So avoid concavity. Favor straight shanks that cause less inversion than twisted ones. Those are the basic principles, she says. Innovation-wise, again like Blanco, she endorses VT devices designed to deliver a shallow cut that curbs inversion.

Since the 1800s, much Kansas topsoil has dropped to the bottom of lakes, reservoirs and ditches or been blown away halfway around the world.

According to Presley, VT is booming. “So I would say that vertical tillage would be one of the general categories that a lot of manufacturers have put quite a bit of effort into, in the past few years—more than five or six years, trying to figure out different implements in that general area that might work,” she tells AgriExpo e-Magazine, declining to name brands but stating that since the 1800s, much Kansas topsoil has dropped to the bottom of lakes, reservoirs and ditches or been blown away halfway around the world.

Other contenders include the Salford Aerway, which is touted as setting new standards, and the improved VT tool, EarthMaster 3000 fitted with so-called SoilRazor blades that slice through stalks, stubble or straw, covering the residue with enough dirt to minimize erosion.

Across the pond, a firm with a Canadian arm, Sumo, sells a tool from the same low-impact play-book, the Direct Drill (DD). Sumo says that the disc-based drill designed for zero-till offers optimum seed placement in all conditions. Yet minimal disturbance is caused, according to Sumo which says innovation is at the heart of all it does and that it deploys the finest, most highly-skilled engineers.

The need for optimal low-footprint implements seems imperative because, according to a 2015 University Of Vermont report addressing the American Southeast, humans erode soil far faster than nature.

“That’s more than a hundred-fold increase,” said Paul Bierman, a geologist at the University of Vermont who co-led the study with his former graduate student Luke Reusser and geologist Dylan Rood at Imperial College, London.

“Soils fall apart when we remove vegetation,” Bierman said, “and then the land erodes quickly.” Graphically illustrating the force of human erosion Rood added that we scrape off the soil. Evidently, the last thing it needs is more pressure, so Zero seems a lofty number to aim for.