The health benefits of cricket powder put it in the running for one of the most growing industries. There are a number of startups looking to get in on the ground floor of the edible insects movement, according to an article published in Forbes. Recent architecture projects such as the Modular Edible Insect Farm help farmers consider new types of infrastructure, while Cowboy Cricket Farms announced, in February 2018, the release of a new automation system design for its cricket farms.

Predictions for the year 2050 state the world will have 9 billion people, less available land for growing food and less clean water—not to mention the increase of farmers quitting the industry around the world. The edible insect movement stems from the need to find an alternative, sustainable protein sources for the future, inspired from certain cultures in the East.

After Aketta earned the Hult Prize in 2013 for answering the global food crisis challenge “farm insects as a sustainable source of protein”, the group began insect farming operations in Mexico and Ghana, where eating insects is already part of the culture. Through their Aspire program, they came across a paradox:

Many people in the areas we were trying to help were more interested in eating ‘like Americans’ than following their own food traditions. At the same time, people were asking when we would offer edible insect products in the U.S.”

Read more in an article on Fast Company, “This Giant Automated Cricket Farm Is Designed To Make Bugs A Mainstream Source Of Protein”.

Interestingly enough, incorporating cricket flour into food products started in the US., according to Food-Navigator Asia, also stating that most of the biggest cricket flour manufacturers are based in the US and Canada.

However, Thailand has a thick history in the traditional production of crickets—20,000 families are estimated to earn from cricket farming. In due time, companies such as Bugsolutely, Eco Insect Farming, HISO, Sahakhun Bug Farm have popped up. Thailand’s startup Cricket Lab bases its farming infrastructure off of traditional cricket farming. Although most of the companies customers come from the US and Europe, its Western-centric business strategy is not different from its local one.

Farm to Table—Make It Fun

The largest byproduct of cricket farming to date is cricket powder, and certain companies are getting really creative. Eat Chirps uses cricket powder in a recipe for chips, marketing in a catchy way to eat bugs. One of the company’s co-founders, Laura D’Asaro, can even be found running around the city of San Francisco as a giant green bug. Chirps offers so many out-of-the-box ideas for its customers such as how to host your own bug dinner. Online environmental news channel Urban Farms LA boasts about future possibilities: 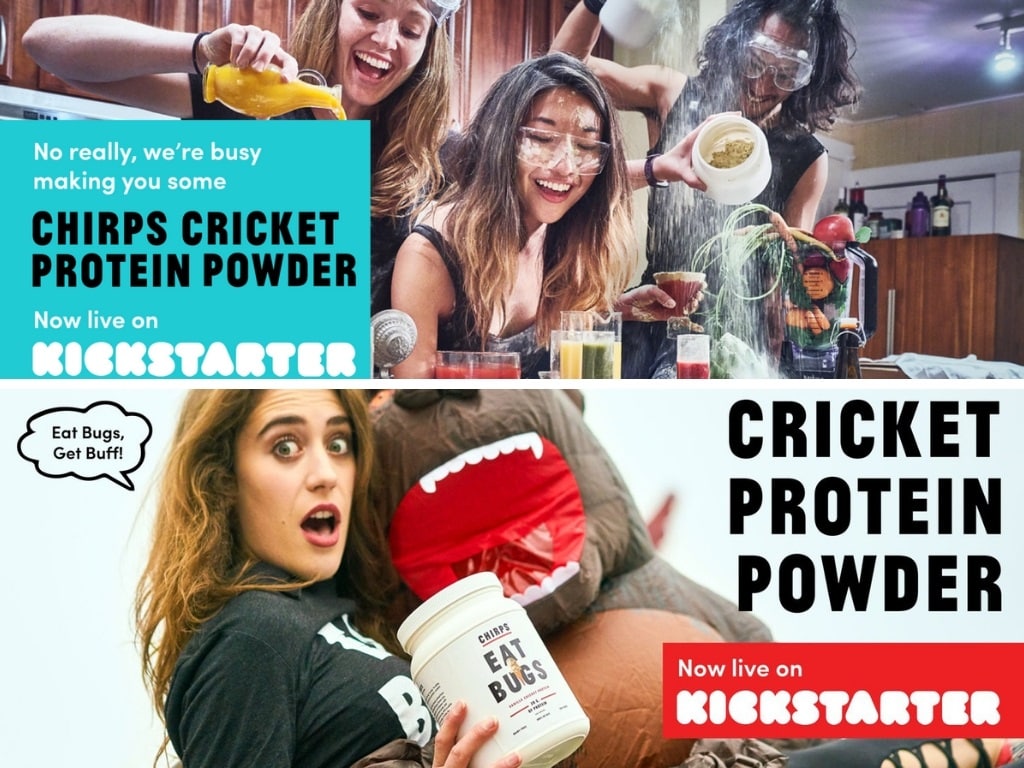