August 2018—Bangkok hosted the second year of Agritechnica in Asia with a large European exhibitor and visitor presence. Conferences on smart urban farming, the impact of digital farming on the sustainable optimization of crop production and on drones as a promising tool for future agriculture brought professionals together on important topics. As incorporating smart technology in agriculture is still rather new, we identified the companies to follow, including DJI who presented its first agriculture drone.

A hundred years of aircrafts being used in agriculture deserves a special focus. Agriculture planes have been around since 1906, the first being a hot air balloon with mobile tethers to spread seed over a valley floor in New Zealand. Modern crop-dusting planes saw the light in 1921 and for at least the past ten years farmers have been employing smart aircrafts known as drones.

Certain exhibiting Agritechnica Asia companies have supported farmers for ten years now with their drones, updating them along the way. Hanhe Aviation’s unmanned aerial sprayer Mercury can cover up to 36 hectares a day with a flight endurance of 23 minutes; the company will soon release the 3CD-40, a newer version of the 3CD-15. The company is also working on how to extend its drones flight endurance.

Other companies have lengthy experience in developing drones but are new to the agriculture sector—seeing the potential. Jeff Zhou, the overseas training manager at Chinese company XAG Co., told AgriExpo e-Magazine during the fair:

Our company has produced drones for ten years now, but we only launched our drones for agriculture in 2015.”

Flying is not as easy as it may seem. For that reason, XAG C., like most drone manufacturing companies, offers training to farmers. Since the launching of its products in 2015, XAG Co. has witnessed an increase in employing drones by farmers:

Everyday, we have more than 5,000 flights taking off in China.” 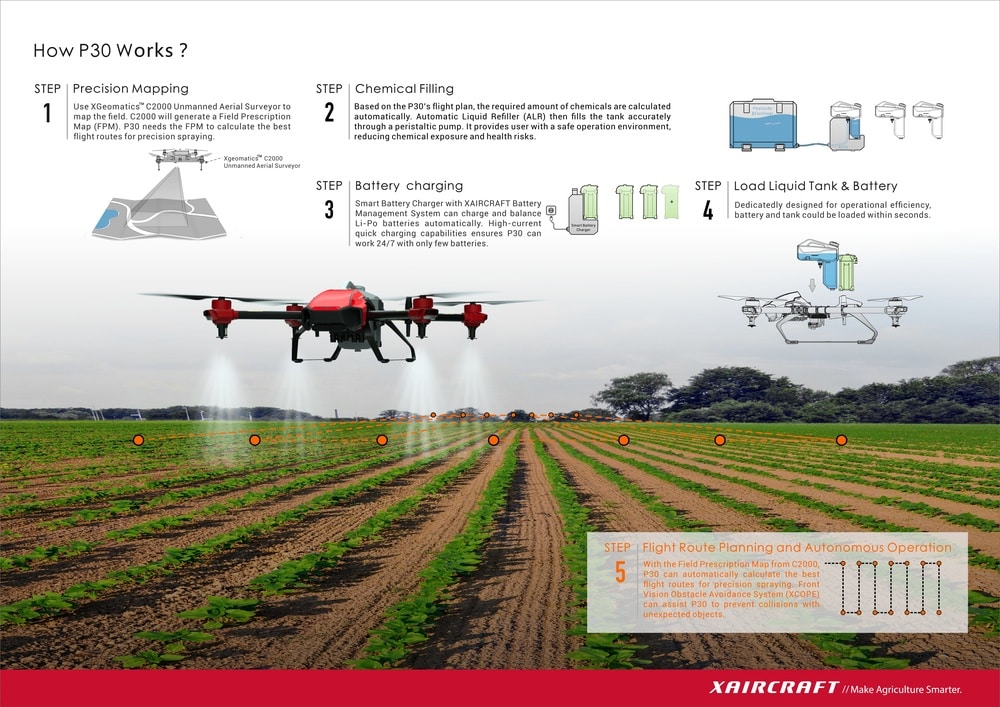 Chinese company DJI is known for its history of high-tech drones, releasing a new series rather frequently. At the Agritechnica Asia fair, DJI presented its first agriculture drone, the octocopter DJI Agras MG-1 designed for precision. In the video below, farmers give their user experience.

Traditional farmers contribute to the new trend of smart indoor farming by their extensive knowledge and experience in understanding a plant’s needs. The trend offers a market extension for seed companies, lighting manufacturers, irrigation and fertilizer companies and more.

We help our clients configurate the system according to their needs. The various colors in our lighting selection—deep blue, hyper red, far red, mint white—, along with LED type, wavelength, radiation angle, etc. all plays a part in feeding the plants and each family of plants has different needs. Our client is the specialist in what lighting the plants need and that’s what we give them.”

“Our client is the specialist in what lighting the plants need and that’s what we give them.”

Its OSRAM Opto Semiconductors offers a horticulture LED portfolio for 450 nm (deep blue), 660 nm (hyper red) and 730 nm (far red). It includes important wavelengths in three radiation angles 80°, 120° and 150° to provide the correct lighting for the selected plants and flowers, with the option of adapting the lighting throughout the day to meet the needs of various crops. 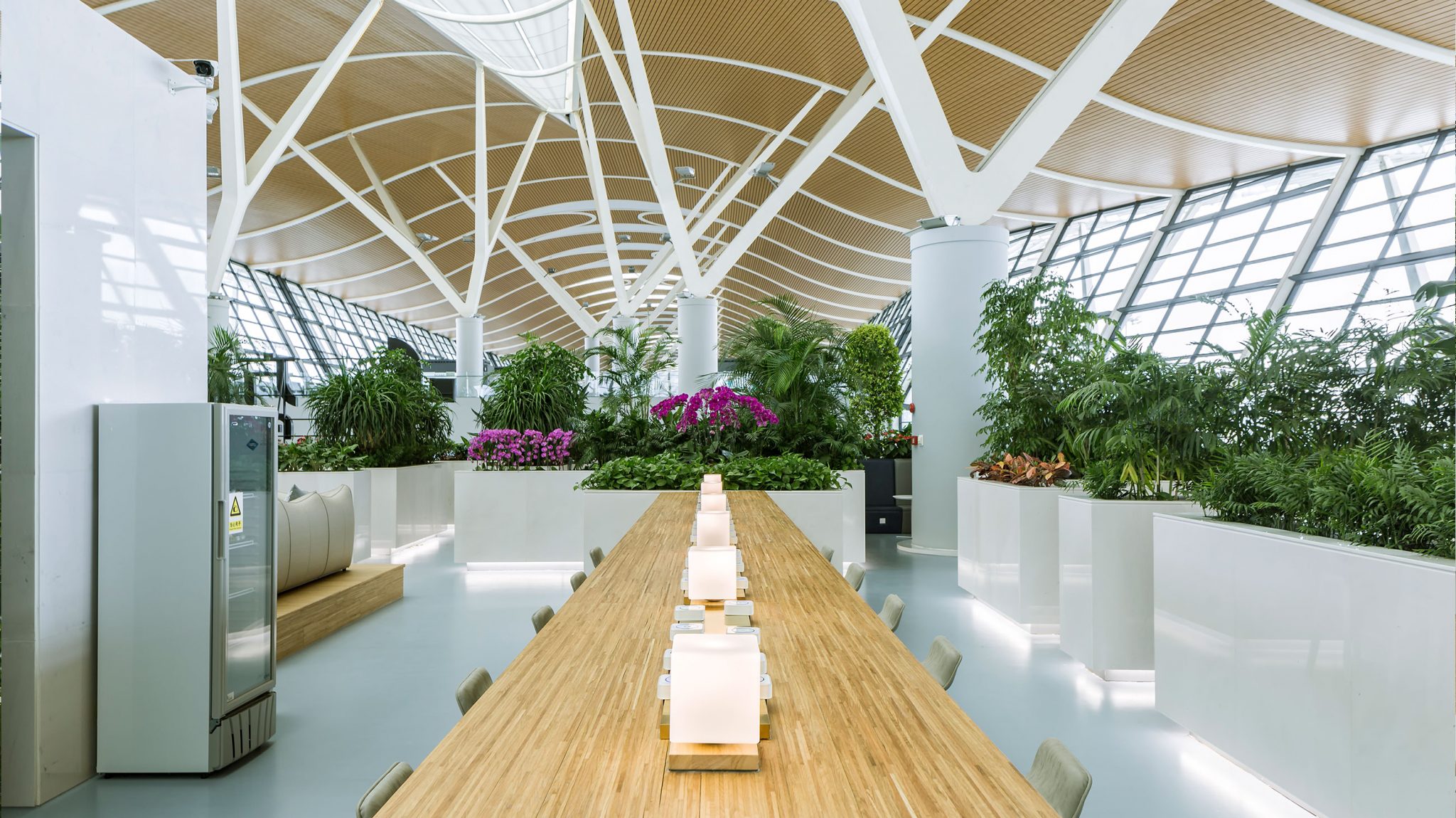 Requirements for product specification are lower in Asia, with the exception of China, according to Gregor Witzemann, Asia regional manager at APV Agricultural Machinery—an Austrian company who recently opened a branch in Asia.

China has a different political system, but the needs of farmers are similar.”

More simplistic standards mean that most of APV Agriculture Machinery’s products can enter the Asian market without any alterations; however, entering a new market has provided the company an opportunity to adapt its products. Released in 2018 specifically for the Asian market, the Pneumatic Seeders PS 150 M1 QC combines several processes into one machine for a speedier seeding job. The company will continue learning about entering the Asian market as time continues, this being its first year exhibiting at the Agritechnica Asean.