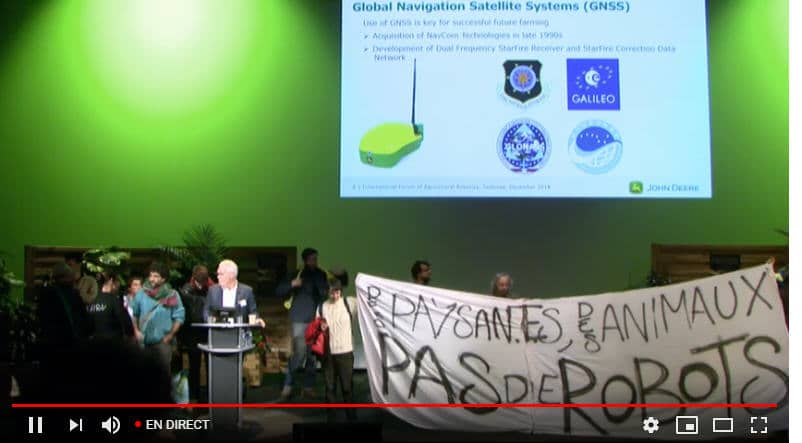 Debate does not equate rejection; at the FIRA forum in Toulouse this year, a group of local French farmers interrupted the John Deere representative during his speech on the company’s autonomous tractors, unravelling their protest sign Des Paysan.es, Des Animaux, Pas de Robots—‘Farmers, Animals, not Robots’—and inviting guests to enter in a debate.

They question the economic surety and purpose of imposed technologies on their farms, as they put it, stating a large number as the current government funding for high-tech solutions, instead of supporting farmers, and emphasizing the need for more human labor, not robots. The main questions on deck are:

Can robots actually benefit society as a response to current social issues; are we digging a grave with technologies that rely on platforms like Google; and, how do we expect to maintain this system when implementing robots will inevitably reduce the sale price of produce and thus decrease a farmer’s income? 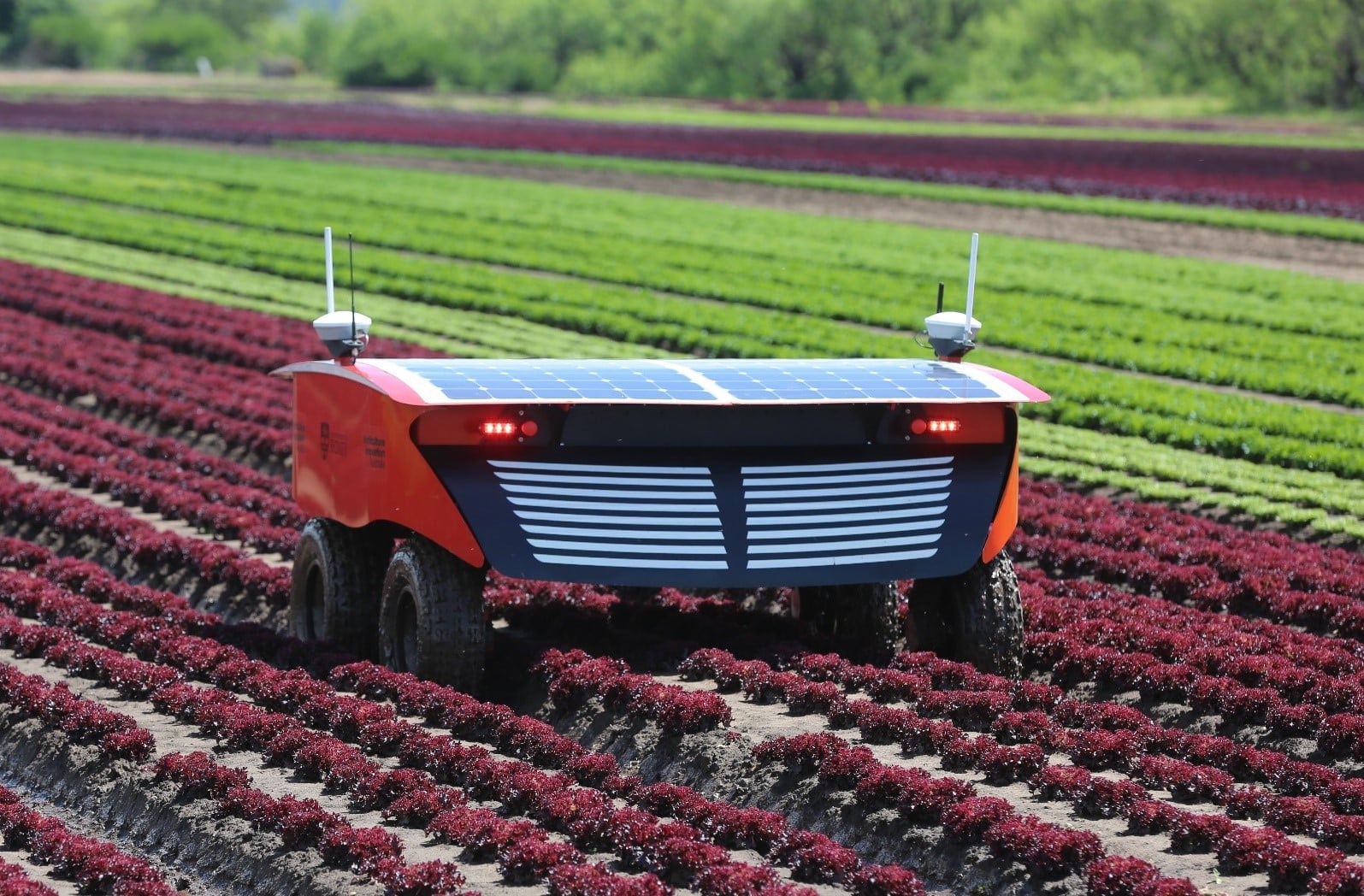 The solar-powered robot RIPPA, an Australian concept for the new “weeder”.

European farmers began the year with continued protest, notably in France, where a potential free trade agreement with South American trade bloc Mercosur could kill the European meat farming industry, and in Slovakia where farmers were protesting against agricultural subsidy fraud, brought into the spotlight by a murdered reporter. Are government policies ruining their own farm industries?

Although the FIRA protest did not result in an instant follow up debate, it did generate the possibility for further discussion. Thomas Engel, head of the innovation strategy at John Deere, continued his speech, and repeated what we have already heard before:

We need robots to respond to the lack of human labor available. Many farmers state the difficulty they face in finding laborers interested in working on their farms, prohibiting them from harvesting 100% of their produce.”

We have heard many farmers mention this problem, so it’s a viable argument. John Deere has introduced an all-electric and fully autonomous concept for a sustainable future. Although autonomous tractors and robotics will reduce the number of laborers required, in this video, we see how the farmer plays a role in directing the autonomous tractor. 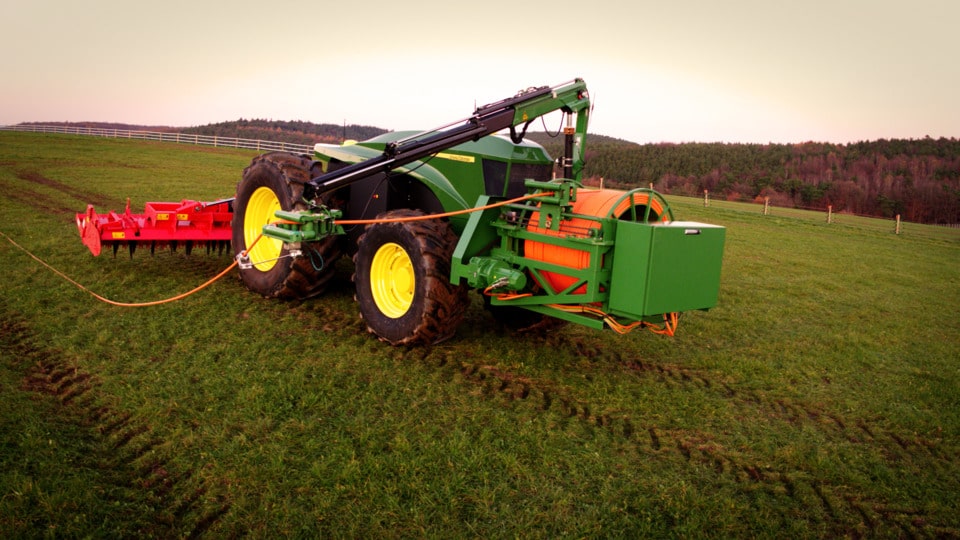 Following Engel’s talk, journalist Vincent Tardieu changed the original topic for the roundtable to incorporate the concerns mentioned by the farmers, stating we could not ignore their presence as if it never happened. Author of publications on the scientific research behind stakeholders in agriculture environment and robots, Tardieu first asked whether farmers are supported or not.

High-tech is not a given for many farmers, who are confronting a social and economic crisis. The current debt level for farmers, on average, is 193,000 euros per farm. Of course, there are differences; depending on the type of farm and location, but this is the average for medium and long-term debts. In regards to revenues on average, one farmer earns around 1,300 euros per month. Understanding this helps relate to the farmers concerned with the topical debate presented earlier.”

The main questions remain slightly avoided. Although Engel stated that John Deere robots help farmers increase harvesting results by 10%, which is not actually one of the targeted angles being protested, it’s unclear how farmers, in the future, will maintain or grow their income. Perhaps the farmers thinking outside the box will succeed in modifying their career for better results. Still, it’s important to recall the many protests against policies affecting the agriculture industry—it goes well beyond the tractor, robot or machine.

You might be interested in the article How NASA and John Deere Helped Tractors Drive Themselves or learning about the major brands investing in agriculture robotics.

We’re all human, afraid of change, but the future is about progress and there are things we can’t fight. We have to adapt and ask ourselves ‘how will my job evolve thanks to the new data?'” Gaetan Severac, CTO at Naio Technologies.

More people are more involved in consultancy work to assist farmers, according to Thierry Perrotin, VP of marketing at DeLaval. Every year we have a new robot and software on the market, he continued. “It’s difficult to keep on top of everything, as well as regulation changes. This creates an opportunity for consultants to diversify. The industry is more complex and AI opens more avenues. It’s up for grabs to redefine your job. We should help people and simplify these techniques.”

Let’s face it. It’s not for everybody. We’re more successful with farmers who are concerned with the productivity of their farms and the well-being of their animals,” said Thierry Perrotin, VP of marketing at DeLaval.

Are machines becoming too high-tech? Read this article.

That statement is a debate in itself. Some farmers, such as dairy cow breeder Sylvia Durand from GAEC de la Bourdette, confirm how implementing robots in their daily work produces positive results, but not all farmers will. As a guest of the roundtable, Durand responded by stating:

A robot is not replacing my husband or myself; we need to be there to monitor, but it does alleviate certain burdens. The work has become less tedious and physically challenging. Our cows are in better health, actually, and we produce more milk.”

Limited time for this roundtable put a halt on further debate, Tardieu turned to the main theme of the forum, soil, asking the roundtable:

Is it possible to have energy-efficient robots that reduce the number of chemical inputs?”

Robot and machine manufacturers quest to innovate the agriculture industry in a positive way, it would seem and we would hope. In addition to John Deere’s new concept, Prof. Salah Sukkarieh from the University of Sydney spoke earlier about the various agriculture robotics built in Australia, including SwagBot, a low-cost robot for livestock monitoring in difficult terrains. 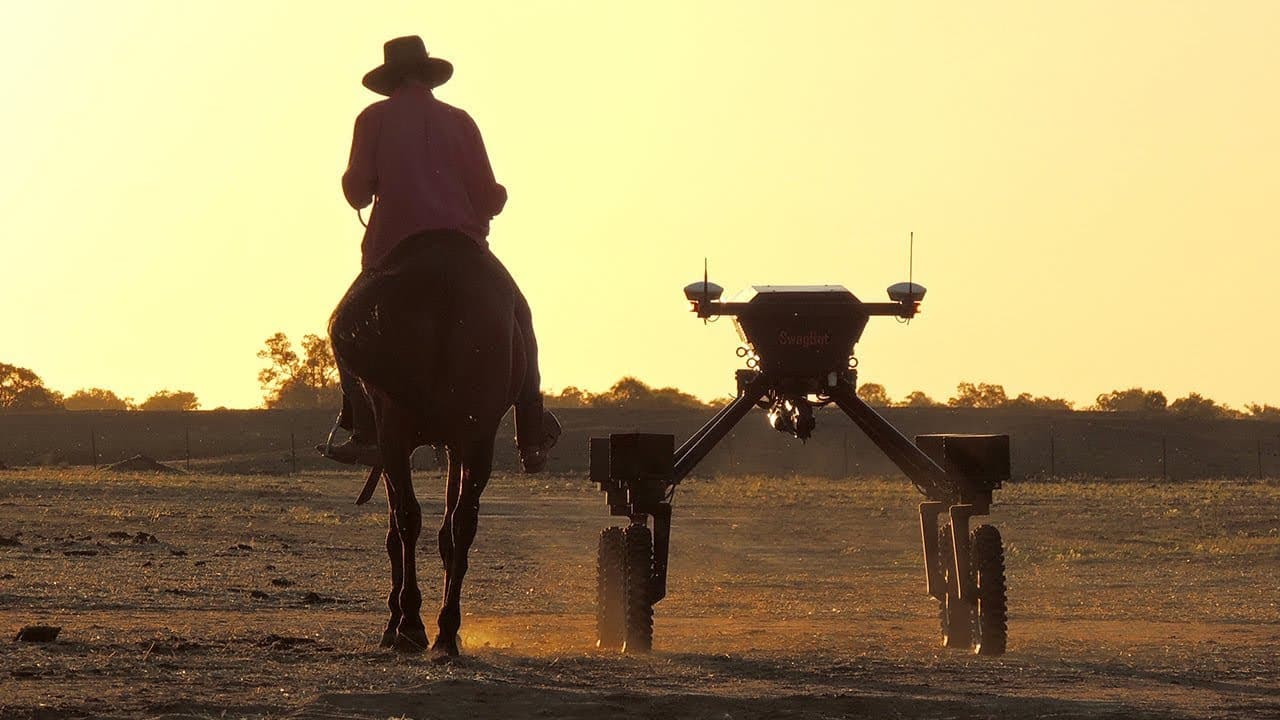 Sukkarieh specializes in robotics and intelligent systems, the program Lead HICRIS and farm automation. He also spoke about the Robot for Intelligent Perception and Precision Application (RIPPA) which is the ACFR’s production prototype for the vegetable growing industry; it’s still in the field-testing stage. The solar-powered robot RIPPA has been designed to eradicate weeds and pests. The robot has a wide and high enough draft on its underside so it can drive over crops, allowing it to scan the crops directly for signs of unwanted bodies or weeds, ranging anywhere from beetles to bits of plastic.