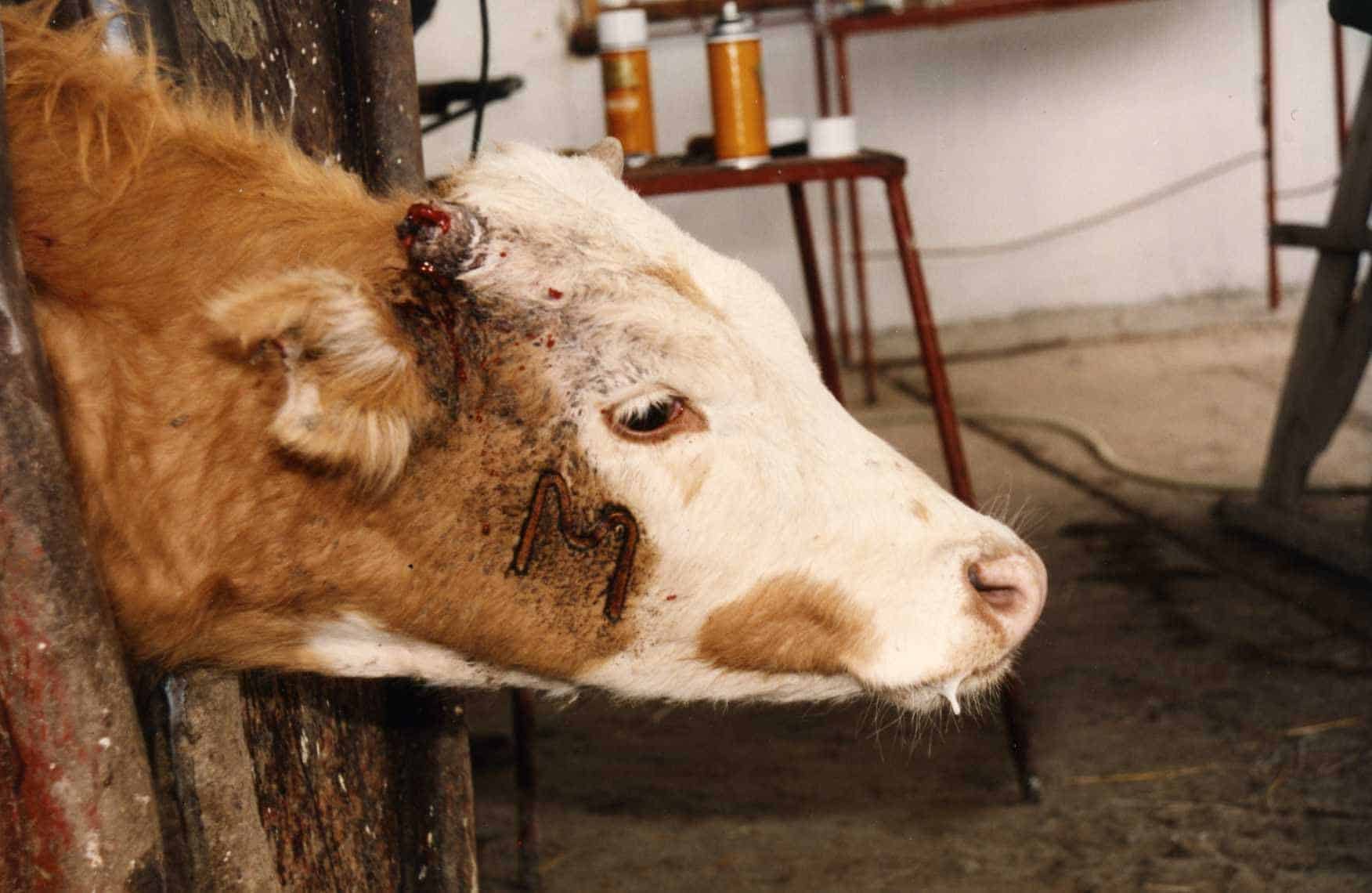 Farmers specialized in livestock understand the importance of dehorning—cattle with horns can cause injury to farm workers, horses, dogs and other cattle. However, with the rise in consciousness of animal welfare, the growing disapproval of the traditional methods of cutting or burning horns off has brought about new practices.

The current industry advises farmers to dehorn at a very young age. However, controversy remains on the precise product and method to use during the process. The ideal procedure would be a painless one in which results in no cutting or bleeding. A completely painless method remains impossible; however, the dehorning paste from Dr. Naylor offers a low-pain solution which avoids cutting and bleeding.

David Lucas grew up on a dairy farm, studied at the renown US agriculture university Cornell CALS (College of Agriculture and Life Sciences) and has worked in the health industry ever since. Twelve years ago he bought Dr. Naylor and has adapted procedures to industry changes which improve animal welfare, notably in dehorning.

In this Q&A with David Lucas from Dr. Naylor, AgriExpo e-Magazine learns about their method of dehorning calves at an early age.

David Lucas: Our dehorning paste has been on the market a long time, but we’ve only recently seen a resurrection of its use. In my opinion, there are two reasons: animal welfare awareness and changed principles. Dr. Naylor is a 96-year-old company and in the early days of the paste, farmers would apply the cream to the horns of older cattle resulting in less success. Over the years, researchers have revealed more data in regards to pain, identifying that less pain is caused when performing the procedure soon after birth. We’ve changed our principles of application to within a few days following birth. Those who have used the paste before this time often think it won’t work. If they were to try again with our new procedure, they’d see how easy it works.

Our main challenge with this product is that it was created before the FDA existed and falls into the grandfathered status—no updates to the labeling, name or product itself are possible. Still, thanks to how the industry has changed, our new procedure produces a high rate of success.

AgriExpo e-Magazine: Why would using the paste be accepted over traditional methods?

David Lucas: We just recently attended the Dairy Calf & Heifer Association annual conference in Wisconsin. They published a gold standards book for welfare for calves and have stated that the preferred choice for removing horns is disbudding at less than 1 month of age [with local anesthesia if performed surgically]. The American Veterinary Medical Association and other organizations recommend that cattle be dehorned before 2 weeks of age, some organizations recommend at 3 days of age. Using the paste requires no surgery, meaning no anesthesia. As the neurons are not yet fully developed, calves feel less pain when the cream is applied a few days after birth—and applying the cream while the calves are nursing has been proven to lessen the pain even further. Causing such a low amount of pain means that the calves do not need to be restrained or tied down and the procedure only takes a few minutes, so less human effort is required. It not only meets animal welfare standards, but it is significantly easier.

AgriExpo e-Magazine: How are producers adopting this method?

People believe you can’t feel the horn bud just after birth, but you can.

David Lucas: The majority are still burning horns. Although we see an increase in paste use each year, it’s not on a producer’s radar until he encounters an issue with animal welfare activists. Also, there’s a paradigm: People believe you can’t feel the horn bud just after birth, but you can. Certain producers have been using the paste for years now and it works. The challenge with large producers is they like to see the golden ring on a calf produced after removing its horns in one of the traditional ways—they can quickly identify which calves have had their operation; our product doesn’t result in any visible marks. Still, I’m waiting for a geometric progression to set in, the moment producers switch methods because more of their neighbors are implementing it.

AgriExpo e-Magazine: Has Dr. Naylor played a part in the increase of paste used?

David Lucas: It’s actually taken a natural process because people are becoming more aware of animal welfare. Now consumers will never accept smoke coming out of a cattle’s head. Still, despite constant growth, paste use remains rather low. A lot of producers are aware of paste, but how to get them to change their minds is still baffling to me. It requires management change, which we all know is hard.