Home » Livestock Tech: Who Is the Farmer of the Future?

Livestock Tech: Who Is the Farmer of the Future?

Fifty years ago it would have been unheard of for a farmer to be able to milk cows with a robot or to watch the herd from the bedroom. Read about some of the most innovative technologies for livestock farming here and tell us who you think will be the farmer of the future.

If you had told a farmer decades ago that he or she would be able to scan a cow’s udders for diseases with a tablet or have technology that could recognize each individual animal, it would have been impossible to believe. However, those concepts are also now a reality and playing a huge role in running cattle and pigs farms across the world.

Udder infections are a scourge of the dairy industry and cost farmers billions of dollars worldwide in missed treatments and production.

Traditionally, udder infections such as mastitis were only detected when the milker found it as he stripped the teats before milking. This was too late as that cow then had to be treated and taken out of production.

Now technology is available that scans the udder and can detect mastitis forming well in advance.

Canadian-based EIO Diagnostics has developed a system that scans the udder with a mounted scanner in the parlour or via a handheld tablet.

The company uses a technique known as multispectral imaging which detects udder abnormalities as they form. Animals that are affected by harmful pathogens, even at Somatic Cell Count (SCC) levels which are generally considered subclinical, can then be identified by farmers.

Being able to identify a Staphylococcus aureus infection, even when a standard SCC test is showing levels below 200,000 gives farmers an effective tool for increasing herd health and minimizing production losses.

Goat farmer Cory Spencer helped develop the system with his tech neighbor Damir Wallener, who is now the CEO of the company. On scanning an udder, the technology takes measurements from various parts of the spectrum which are run through a complex mathematical model, generating a pass or fail signal. Damir told AgriExpo e-Magazine:

“From the farm’s perspective, by reducing per-animal lab tests, or saving just one bulk tank from being dumped, the service pays for itself very quickly.”

Machine vision company Cainthus, with offices in Ireland and the United States, has developed a system of facial recognition for cows. Such a system offers benefits like health and production monitoring, heat detection and feeding efficiency.

Just recently it received major backing from Cargill, a well-known company in the US that provides food, agriculture, financial and industrial products and services to the world. Together the partners plan to bring the benefits of facial recognition to dairy farmers across the world.

In just a few seconds the technology can recognize each cow’s unique identity from recorded patterns and movements. That information is used as part of an artificial intelligence-driven mathematical algorithm that conveys imagery into feed and water intake analysis, behavioural tracking and health alerts that can be sent directly to the farmer.

The concept of recognizing cows from their facial markings is easy to understand but how can it be possible in pigs?

Chinese company Yingzi Holding Co., Ltd has already launched its own technology that can recognize a pig from its facial characteristics. Pigs can be scanned with the use of an app on a mobile phone which in turn provides all the information about that specific animal in an instant. Fluctuating body temperatures can be caused by various health issues which can be indicated on the scan. It can also be used to monitor feeding, growth rates etc.

There still remains some fine tuning to do with this technology as it is at an early stage but the company says facial recognition will revolutionize pig production.

Pig farmers traditionally have to undergo the laborious task of weighing pigs to see when they are optimum weight for slaughter. Now there is a tool that can do that for them. 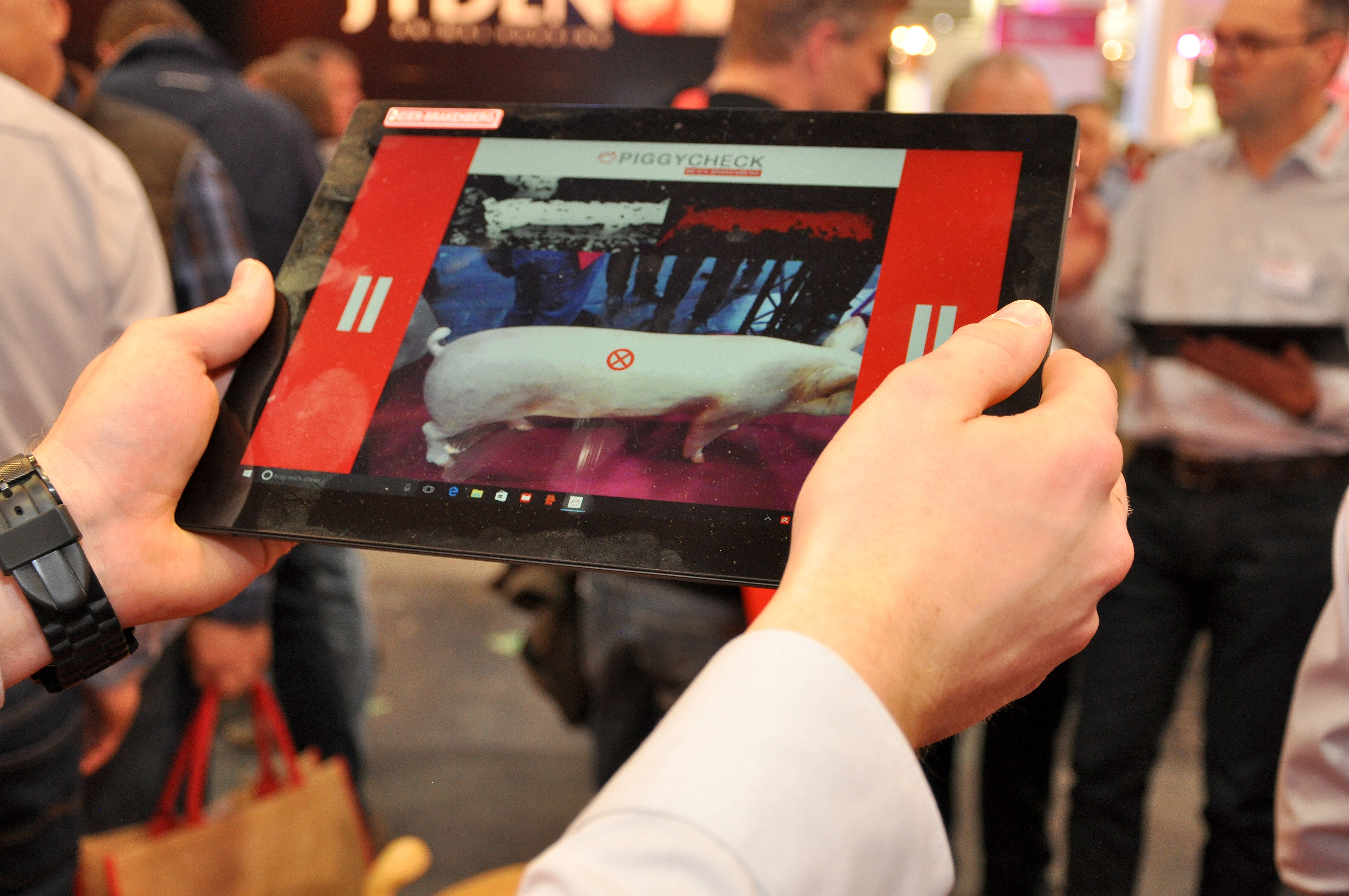 It’s called the PiggyCheck application which was developed by Meier-Brakenberg. It incorporates artificial intelligence-based software that uses a 3D camera to measure the weight of a pig without contact.

The software can run on conventional smartphones or tablets with 3D cameras. It creates single images or video sequences of pigs from the camera, from which it then generates depth images. Images can be taken from above, the side or diagonally, and information on an animal’s weight is displayed on users’ smartphones or tablets as soon as pictures have been taken.

The company is still developing this product and will release initially on the German market when ready.