Exporting the Freshest Fish….Fast from Croatia

When harvesting such a fresh food commodity as fish, the processing and retail chain must be well established in order for the system to work at its most efficient.

That’s exactly what the Cromaris fish company in Croatia has achieved and now exports its wide range of products to foreign markets, within hours of a harvest.

Fish from Croatia is in big demand as it is mostly produced in the Adriatic Sea which is one of the cleanest seas of the Mediterranean.

Cromaris operates a number of farms in the Adriatic Sea together with its own fish processing plant near Zadar.

Specializing in white fish, mostly sea bass, sea bream and the larger meagre fish, Cromaris exports over 75% of its production to foreign markets with Italy as the best customer.

Cromaris has seven fish farms including a pre-growing unit with fish ranging from 3g to 50g; another one where the average weight is 400g; an experimental site and a research site.

With its fish in such high demand, Cromaris produced 7,334 tonnes of fish last year and is on target to increase that total to 9,000 or 10,000 tonnes this year. 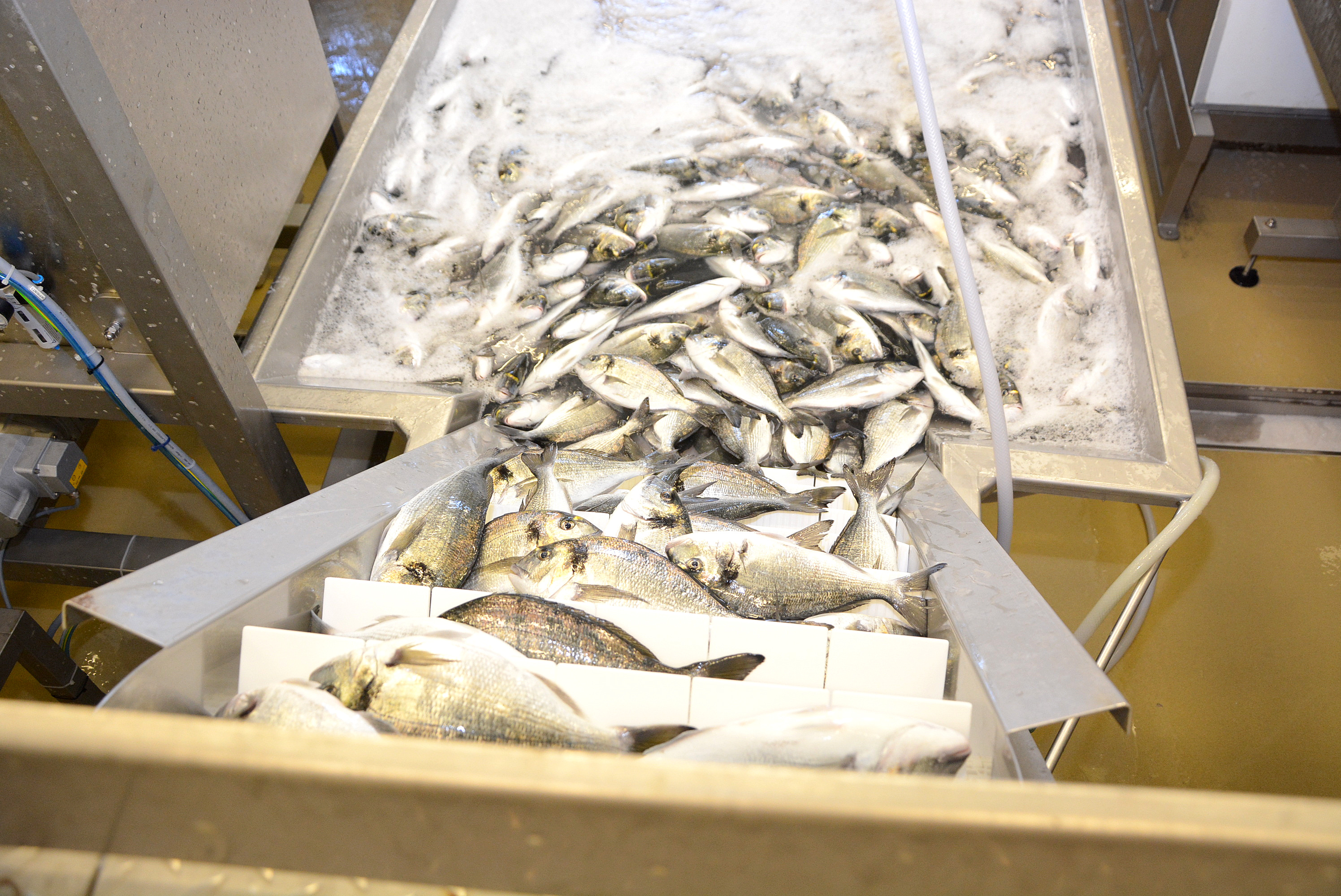 At the factory of the Cromaris fish company in Croatia. Photo by journalist Chris McCullough.

The company has invested heavily in modern technology to ensure it harvests and processes fish as efficiently as possible. On the farms, the team is equipped with top of the range automatic feeding systems, underwater cameras, net-cleaning robots and a modern fishing fleet.

Fishing is carried out six days per week and the fish is sent to the customers in only a few hours after being caught.

One of the biggest costs for the farms is fish feed which accounts for 60% of expenditure but the company develops its own recipes to save money. 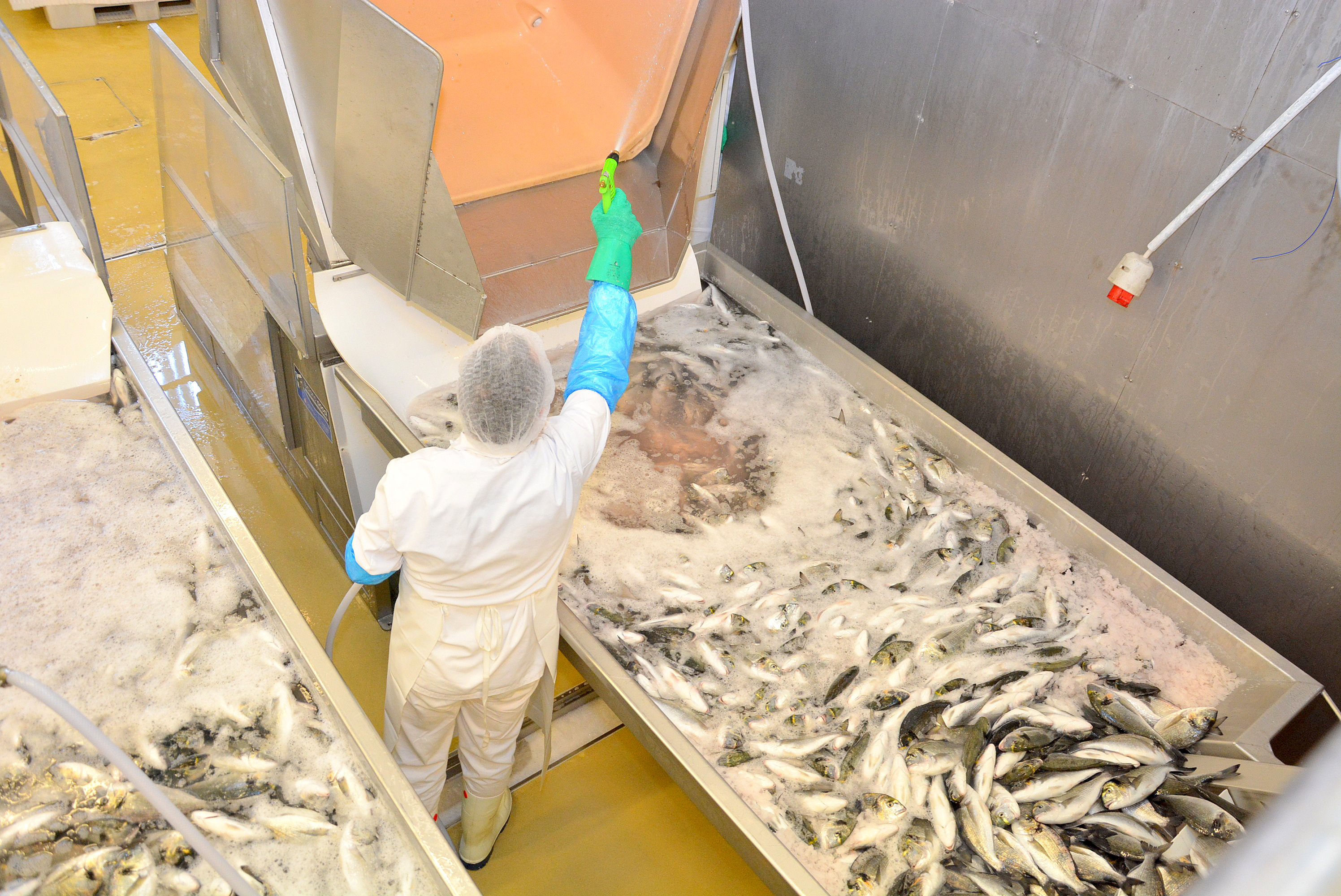 At the factory of the Cromaris fish company in Croatia. Photo by journalist Chris McCullough.

Dane Desnica, is the Cromaris production director, who aims to produce the best quality fish he can. When it comes to fish health, Desnica and the team prefer to vaccinate rather than use any antibiotics. Desnica told AgriExpo e-Magazine in an interview during a tour of the farm:

Our bass grow to 400 grams in 18 to 22 months and our meagre at two kilograms in the same timeframe. We vaccinate fish first in the hatchery and then at sea. Parasites are a big problem, especially when dealing with 30 million fish each year.”

In regards to harvesting, he explained:

We harvest every day except Saturday as the markets are not open on Sunday. Each cage holds around half a million fish and the nets are 60m by 12m. Our survival rate is around 75 to 80% every 20-month cycle.”