At a time when organic and locally produced goods are gaining interest, how might farmers and consumers view cultured meat? In our interview with Illtud Dunsford, owner of Charcutier LTD, we learn how cellular agriculture and natural food movements have similar goals: to reduce waste and negative impact on the earth. Cellular agriculture might offer a surprising solution for the future to meet a 28% increase in demand for food production by 2050.

Industrialized meat production accounts for 18% of the world’s CO² emissions and as meat consumption has risen up to 6% per year over the last decade, certain farmers are looking to merge science and agriculture in order to reduce pollution and increase food production.

Cultured meat farming, or cellular agriculture, acts as a solution to reproduce animal proteins without raising and managing livestock—cutting costs on a large scale and decreasing environmental imprints. Animal stem cells are used to grow muscle tissue in a lab instead of harvesting meat from livestock in the traditional way.

A number of farmers view this as competition, naturally, because they don’t understand what it is, according to farmer and businessman Illtud Dunsford, owner of Charcutier LTD, who spoke with AgriExpo e-Magazine this month at the 2018 New Harvest Conference in Boston.

In 2004, Dunsford started his porc company on the family farm in Wales. He began raising Pedigree Welsh pigs, which are in the Slow Food Ark of Taste, producing traditional British Isles-style porc products, and winning numerous awards including Best Food Producer in the UK. He is also the founding chairman of Slow Foods Wales, a branch of the international natural foods movement.

Dunsford, too, initially felt intrigued and unsure about cultured meat, until he began reading articles on the subject and attending events, such as the International Symposium on Cultured Meat in Maastricht in 2015. He’d also followed the cultured beef burger that Mark Post created in 2013.

Charcutier LTD is within a niche as far removed from cellular agriculture as possible, but, as a farmer, I thought it related to my industry—even if it’s not something that I instantly agree with. I found it extremely interesting in terms of technology. Why do we have to make things exactly the same as we’ve always done if we have the tools and technology to make it better? 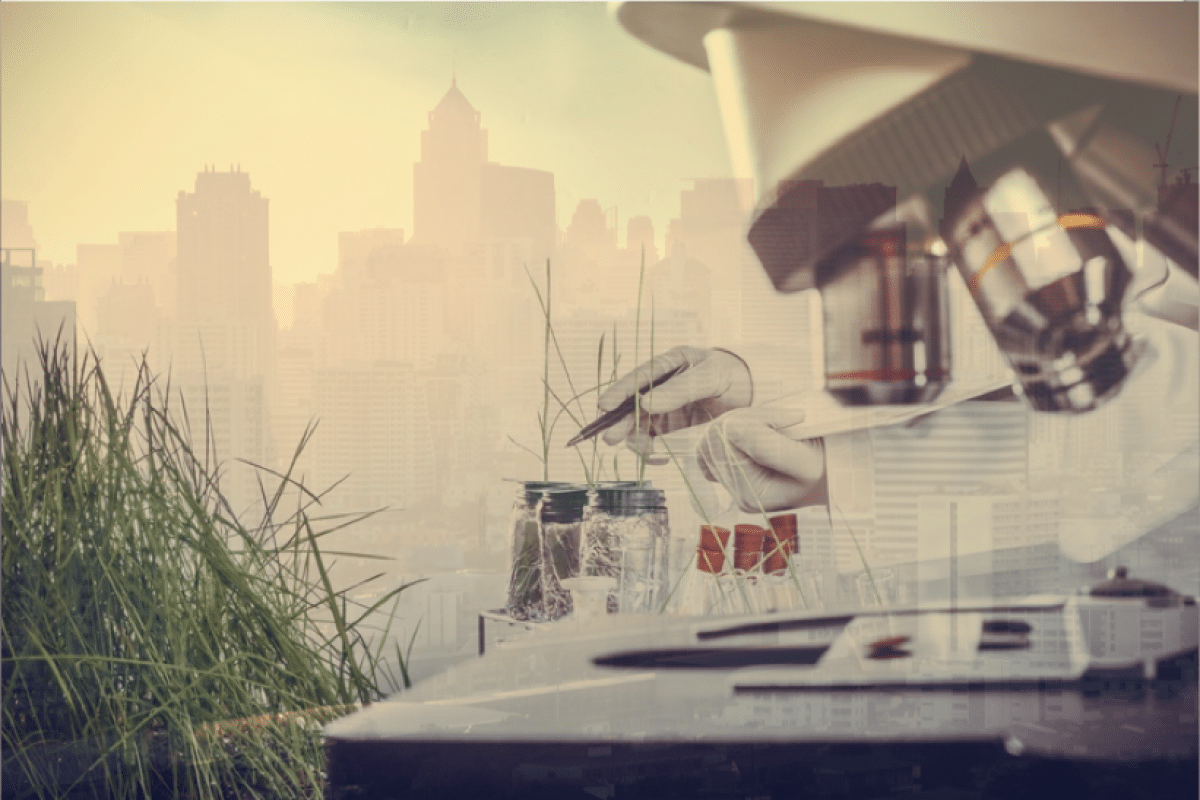 “Why do we have to make things exactly the same as we’ve always done if we have the tools and technology to make it better?”

Also, as a farmer, Dunsford recognizes that the industry must respond to the global population growth, which increases food demand, by searching for other ways to humanely produce meat at scale. To meet a 28% increase in demand for food production by 2050, Dunsford remarks:

The challenge is that this kind of production increase is unrealistic using traditional agriculture tools. It may be possible, but we won’t be able to produce anything afterward because we’ll have destroyed the planet.

Instead of raising animals, in vitro meat has scientists testing methods for raising cells in order to grow only the parts of meat that we consume. Though still in the early stages, cellular agriculture has the potential to reduce waste and decrease the enormous amount of food currently needed to sustain industrial farming animals.

At the International Symposium Dunsford met Dr. Marianne Ellis, senior lecturer in Biochemical Engineering at the University of Bath, and together they founded the research company Cellular Agriculture Ltd in 2016. They began by working with her students, providing them with data and information for their design projects in order to replicate systems that would produce meat.

“We’re now looking at upscaling bioreactor technology. We’re not a product business; we’re not making steaks and burgers. We’re looking at the fundamental technology to make this viable at scale.”

While for many farmers it might seem as though cellular agriculture would indeed replace industrial farming, for the meat industry at least, Dunsford reflects on the positive:

This allows us to keep less animals at extremely high welfare standards and those animals can actually act as part of the land management system, going back to a system of how those animals naturally would have roamed. So there’s a way of looking at natural livestock systems where the animal is still retained. They’re not farmed for the meat but rather to look after the land and for the byproduct of the cells.

He recalls the difficulty in marketing niche products, such as at Charcutier Ltd., and believes the cultured meat products need to remain affordable and easy to produce in order to be lucrative. “This technology will only be successful if we can produce on a scale that matches current meat production. And that’s the key challenge in my mind for this industry to be successful.” Dunsford concludes:

“My hope is that cellular agriculture will be a replacement for industrial farming.”

Companies such as San Francisco-based startup Memphis Meats, present at the New Harvest Conference in San Francisco in July, might put enough attention on the topic to help turn Dunsford’s dream into reality. According to L’Atelier, the company is planning to distribute its products to restaurants by 2021.